Horray for our manager in achieving Quickbooks online certification 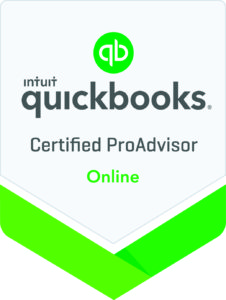 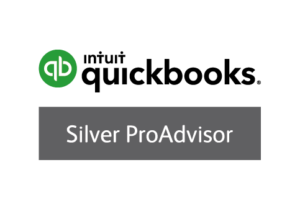 You receive a supply of goods (including by acquisition or import) if the exclusive ownership of moveable items is passed to you from another person.

You also receive a supply goods if:

Relevant goods are goods that are used exclusively for the purposes of your business, but don’t include:

software designed specifically for you (bespoke software), this is a service even if it is not supplied electronically

You’re a limited cost business if the amount you spend on relevant goods including VAT is either:

If your return is less than one year the figure is the relevant proportion of £1000. For a quarterly return this is £250.

For some businesses this will be clear, other businesses – particularly those whose goods are close to 2% – may need to complete this test each time they complete their VAT return. This is because you can move from a limited cost rate of 16.5% in one period to your relevant sector rate in another. This would happen if your costs fluctuate above and below 2%.

If you’re a limited cost trader this means that you may pay more VAT than you do on standard accounting – you may want to check to make sure the Flat Rate Scheme is still right for you.

This is more than 2% of the flat rate turnover and more than £250 so the rate they need to use is the sector rate for their business.

The above guidance is Per VAT Notice 733:Flat Rate Scheme for small businesses

Marriage Allowance lets you transfer £1,060 of your Personal Allowance to your husband, wife or civil partner.

You can get Marriage Allowance if both:

You can apply for Marriage Allowance online.

If your application is successful, changes to your Personal Allowances will be backdated to the start of the tax year (6 April)

The state of the economy

The national minimum wage will increase by 20p an hour to £6.70, the government has announced.

The new rates will be implemented in October 2015.

It is the first time in six years that the rise will be higher than inflation.

Apprentices will earn an extra 7p an hour, taking their wages to at least £2.80.

The national minimum wage will increase by 19p an hour to £6.50, the government has announced.

The new rates will be implemented in October 2014.

It is the first time in six years that the rise will be higher than inflation.

Apprentices will earn an extra 5p an hour, taking their wages to at least £2.73.

George Osborne has delivered his sixth Budget as chancellor the last of the current Parliament.. are there more to come if they win the election again?????

Here is a summary of the key announcements in his statement.

The lifetime allowance for pension savings that can be accumulated free of tax will be cut from £1.25m to £1m from April 2016

Pensioners will be able to trade in their annuities for cash pots, with the 55% tax charge abolished and tax applied at the marginal rate

Alcohol, tobacco and gambling and fuel

No changes to tobacco and gambling taxes, with tobacco duties set to rise by 2% above inflation, equivalent to 16p on a packet of 20 cigarettes.

Annual paper tax returns to be abolished, replaced by digital accounts by 2020.

Transferable tax allowance for married couples to rise to £1,100

Review of inheritance tax avoidance through “deeds of variation”

Supplementary charge on North Sea oil producers to be cut from 30% to 20% while petroleum revenue tax to fall from 50% to 35%.

Automatic gift aid limit for charities to be extended to £8,000

A new Immigration health surcharge will be introdcued from 6 April 2015 onwards, for further details refer to this link